The F2 Logistics Cargo Movers barged into the semifinals of the 2018 Sealect Tuna Women’s Volleyball Championship after their four-set conquest of the Australian women’s national volleyball team, Friday night at Sisaket, Thailand.

Maraño, who have had a dismal opening game performance, scored two of the Cargo Movers’ last three points with two running kills to give F2 its first win in Pool B.

The Cargo Movers takes on a well-oiled PEA Sisaket squad, who are composed of Thailand national team players, tomorrow at 2 p.m. THA time for a chance of appearing in the Finals.

F2 Logistics is the second team from the Philippines to appear in the semifinals of the tournament after the bronze medal finish of PSL All Stars last year. 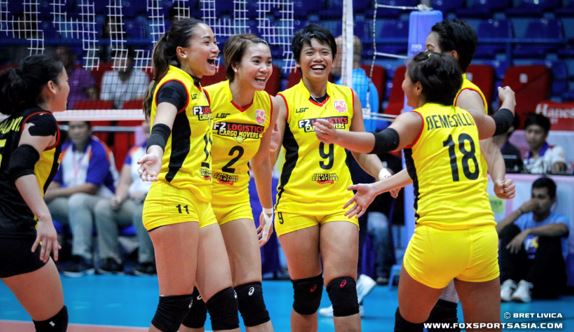